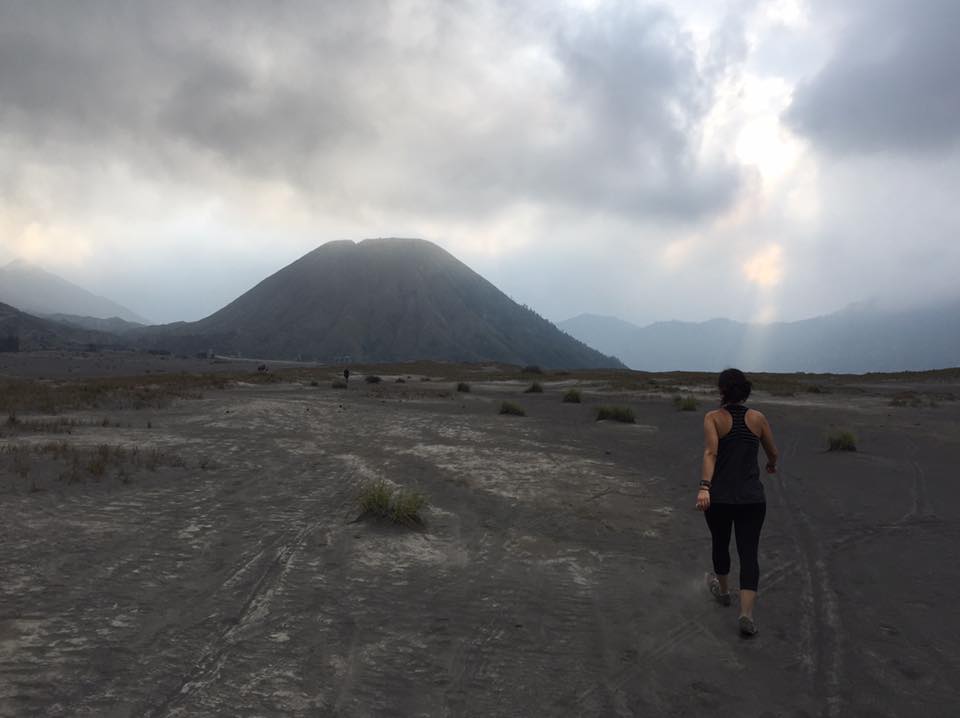 I stood there as a speck on the grey landscape, squinting through the dusty air. The volcano loomed on the Indonesian horizon like an oversized ant mound, a majestic upside down cone with its top blown off. I was going to hike to the top of the infamous Mount Bromo, one of the most active volcanoes on the Indonesian island of Java. To get to the base, I had to cross the ghostly sea of sand, the bleak apocalyptic wasteland that stood between me and Bromo. 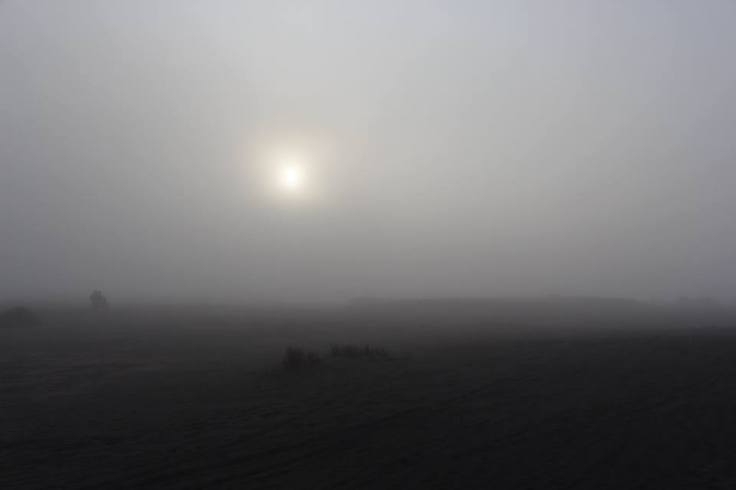 There was no color in the eerie flatland, not even in my clothing. The air was thick with ash from the smoldering stream of smoke continuously sputtering out of the volcano. I trekked across the desolate desert, kicking up puffs of dust that seeped into my clothes with every step I took. There were thick cracks in the Earth all along the way, some of them leading to depressions that seemed like they could suck you into the ground with one wrong step. As I marched along the mysterious moonscape before me, the sea of sand began to vanish as the volcano grew larger. Clouds of smoke billowed from the top, mixing with the blanket of clouds as rays of sunlight burst through the holes in the sky.

I trudged up the steep steps carved out of dirt, trying not to lose my balance along the way as I lost my breath. When I reached the rim of the crater, I looked down into the guts of the planet. All that was in between me and this gaping hole in the Earth was a flimsy wooden railing that I wouldn’t dare lean against. The active volcano was groaning and bubbling, shooting out flecks of ash.

My hair was tied back but the strands that had broken free were now standing straight up on top of my head like I had stuck a finger in a socket because of the static in the air. Everything my hand brushed against zapped me, making me jump with electric shocks. It was unlike anything I’d ever seen before. I felt powerful and weak at the same time, standing on top of something that could blow at any moment. I don’t know if it was the excitement, the fear, the electricity in the air or the altitude but I started to feel lightheaded and wobbly – not a good combo on the edge of a volcano.

The rumbling grew louder. I could feel the Earth churning beneath my feet. The smoke thickened, changing from pure white to dark grey, burning my eyes. Ash was spitting out at me, close enough to stick to my face. Bromo was growing angry. It was time to go. I ran back down the steep mountainside, practically rolling myself down, disappearing into the sea of sand as it shrouded me in dust once again.